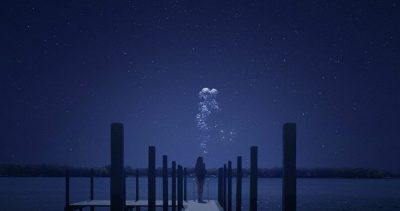 I watched Sarah Adina Smith’s The Midnight Swim (2015) late last fall. It’s a strange, quiet psychological horror movie, with the soft-yet-tense quality that I love about a lot of domestic thrillers that focus on female experience. (The Virgin Suicides, for example, or the first act of mother!.)

The film focuses on three half-sisters who reunite at the family home on Spirit Lake – a cold, deep lake in Washington State – after the disappearance of their mother while diving. The movie is finely textured by the various strands of affection, loyalty, resentment, and mistrust that run between the sisters, who are perfectly cast: almost uncomfortably plausible as sisters, interesting to watch even when little is obviously happening. Eventually, those strands of connection run back to their mother, whom they resurrect through videos and playacting, revealing her as both absurd and terrifying, as mothers so often are: hippie-dippie eco-goddess; domestic tyrant.

The women’s relationships are cradled by the deep quiet and chill of the surrounding wilderness, and the spiritually luminous yet ominous expanse of the lake. I love water, so the lake imagery, the evocation of its magnetic depthlessness, was particularly sensually effective for me.

Certain narrative elements felt expected, generic in both senses of the word: the appearance of dead birds around the house by night, the increasingly strange behavior of one sister, who refuses to get out from behind her handheld video camera. Still, the movie is effective in using prolonged quiet and unexpected little tweaks to keep ratcheting up the tension. There’s a pervasive sense of not-quite-nameable wrongness: what exactly is going on here? 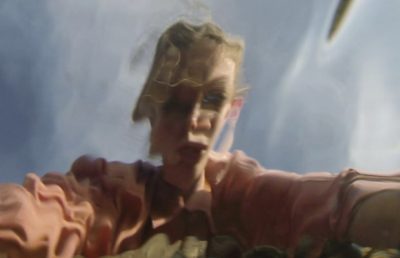 The ending of the movie I found pleasantly baffling: deeply gentle, perhaps even hopeful, but also terrifying in its strangeness. It strikes me as audaciously weird, and merciful.

The Drowning Girl, by Caitlín R. Kiernan (2012): review by Emera