…and sail in hunt of Moby Peep.

Get your Deckard on: Youtube user Crysknife007 (of course) provides days’ worth of ambient loops from the Blade Runner soundtrack.

Consider recommendations for New York Times Okay-Sellers and others from the Book List of Book Lists.

Ali Almossawi, an engineer/designer, elegantly illustrates every subsidiary of the Big Five American publishing houses (Penguin Random House, HarperCollins, Macmillan, Simon & Schuster, Hachette). Fascinating and pretty to look at (and playing “spot the sff imprint” is fun), but, as always, it’s slightly unnerving to be reminded how conglomerated just about everything we buy nowadays is.

Angela Carter remembered and interviewed by Anna Katsavos, reproduced by the Dalkey Archives; a good part of the interview dwells on Carter’s eventual dissatisfaction with the reinvention or reuse of mythology. The central question might be, “Have we got the capacity at all of singing new songs?”, as Carter says towards the end while discussing gender and representation.

There are some fun things as well about speculative fiction:

One kind of novel starts off with “What if I found out that my mother has an affair with a man that I thought was my uncle?” That’s presupposing a different kind of novel from the one that starts off with “What if I found out my boyfriend had just changed sex?” If you read the New York Times Book Review a lot, you soon come to the conclusion that our culture takes more seriously the first kind of fiction, which is a shame in some ways. By the second “what if’ you would actually end up asking much more penetrating questions. If you were half way good at writing fiction, you’d end up asking yourself and asking the reader actually much more complicated questions about what we expect from human relationships and what we expect from gender.

Also, she delightfully describes The Bloody Chamber as “cholesterol-rich.” 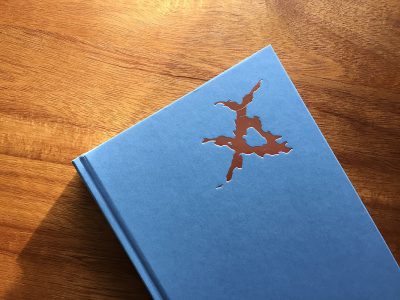 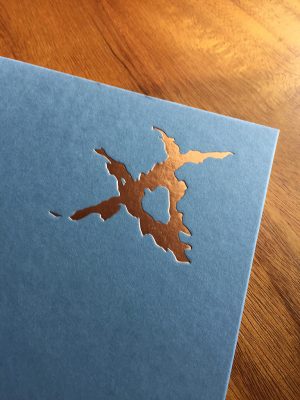 First of all, why is my name not Charming Baker? Secondly, these are really elegant and disturbing. (The Cruelty cover makes me wonderfully uncomfortable.) I do feel that Dahl’s adult fiction still has a decided cartoon or slapstick element that is not so elegant as these, but of course the elegance works against the perception that Dahl is just for kids.

Quiet magic. I think this is so wonderfully proximal to the quiet stirring of excitement that one feels upon seeing a favorite book cover.

Both of the above links sent my way by friend C.; thank you!

…with a charming illustrated overview of classic and contemporary authors’ favorite edibles (and drinkables) while writing. (Whitman: “Oysters + meat. For breakfast!”)

…and with an amusingly obsessive infographic comparing authors’ wake-up times to their literary output and awardedness. I have quibbles with the visualization (these colors are noooot self-explanatory, or easily distinguishable), but the wake-up times alone are entertaining and informative as to character (of course Murakami gets up at 4am).

And visually, I have to assume it all works better as a poster, where you can actually see everything at once. Indeed, the graphic is available as an attractive poster print.

Annotations are fun. Here are some handy collections thereof, featuring…

If you love behind-the-scenes stuff, are weirdly interested in marketing, and/or fixate on cover art decisions for sff novels, check out creative director Lauren Panepinto’s wonderfully in-depth series (13 posts!) on the making of covers for a recent epic fantasy novel trilogy. The series goes all the way from casting of a martial artist as the photographic model, to prop and costume acquisition, to multiple rounds of retouching and graphic design.

So much chewy procedural and decision-making detail in there. It’s also a fun insight into what being creative director for a major sff imprint actually entails – being hyperaware of aesthetic and stylistic trends in current sff media, for example.

Panepinto also shares great advice for commercial sff illustrators over at the Muddy Colors art blog, which is where I first found her Orbit cover series.

Helen Oyeyemi interviews Kelly Link  for the LA Review of Books, about her new collection, Get in Trouble. (“The title has a lot to do with a realization I had about the underlying mechanics of narrative. Which is that trouble drives story…”)

Now I’d like to know what, in your opinion, is the difference between a love story and a horror story?

So how it works is that I immediately begin to think of the similarities, rather than the differences. The idea of falling, that vertiginous feeling, the idea of being seen and known; a kind of attention to the body — attentiveness to the being, the presence, the whole of oneself or of the other; being seen and known, absolutely; absorption. The extension of oneself into the unknown.

China Miéville’s essay on forbears and mascots of the Weird, “M. R. James and the Quantum Vampire,” was republished over at the Weird Fiction Review back in 2011; I finally got around to reading it lately. It’s characteristically baroque and acrobatic.

I’m putting down here some of the highlights, mostly for my own clarification and reference:

The secret attic that inspired Charlotte Brontë’s vision of the madwoman in the attic is now open for visits in Yorkshire. The real Thornfield, it turns out, is the manor of Norton Conyers, which dates to the Middle Ages; its present architecture is mid-18th-century.

Brontë paid a visit in 1839 – 8 years prior to the publication of Jane Eyre – and there heard about the 18th-century “Mad Mary” who had purportedly been imprisoned in one of the attic rooms, accessible by a hidden stair…

For anyone who’s ever lingered over a particularly vivid description of food in a book: Dinah Fried’s photobook Fictitious Dishes features meticulously styled and photographed recreations of notable fictional meals. You can see photo selections and some background on the creation of the project here at Brain Pickings. (And then, if you’re feeling like cooking something up yourself, check out Kakaner’s collection of loving and lavish book-inspired recipes, Booklish!)

I actually laughed at the first photo featured at Brain Pickings because I had just the day before re-read the bit with the crab salad food-poisoning crisis in The Bell Jar: “There is nothing like puking with somebody to make you into old friends…”

There’s also something quite perverse about the bright lighting and colorful bits of produce in Gregor Samsa’s meal.