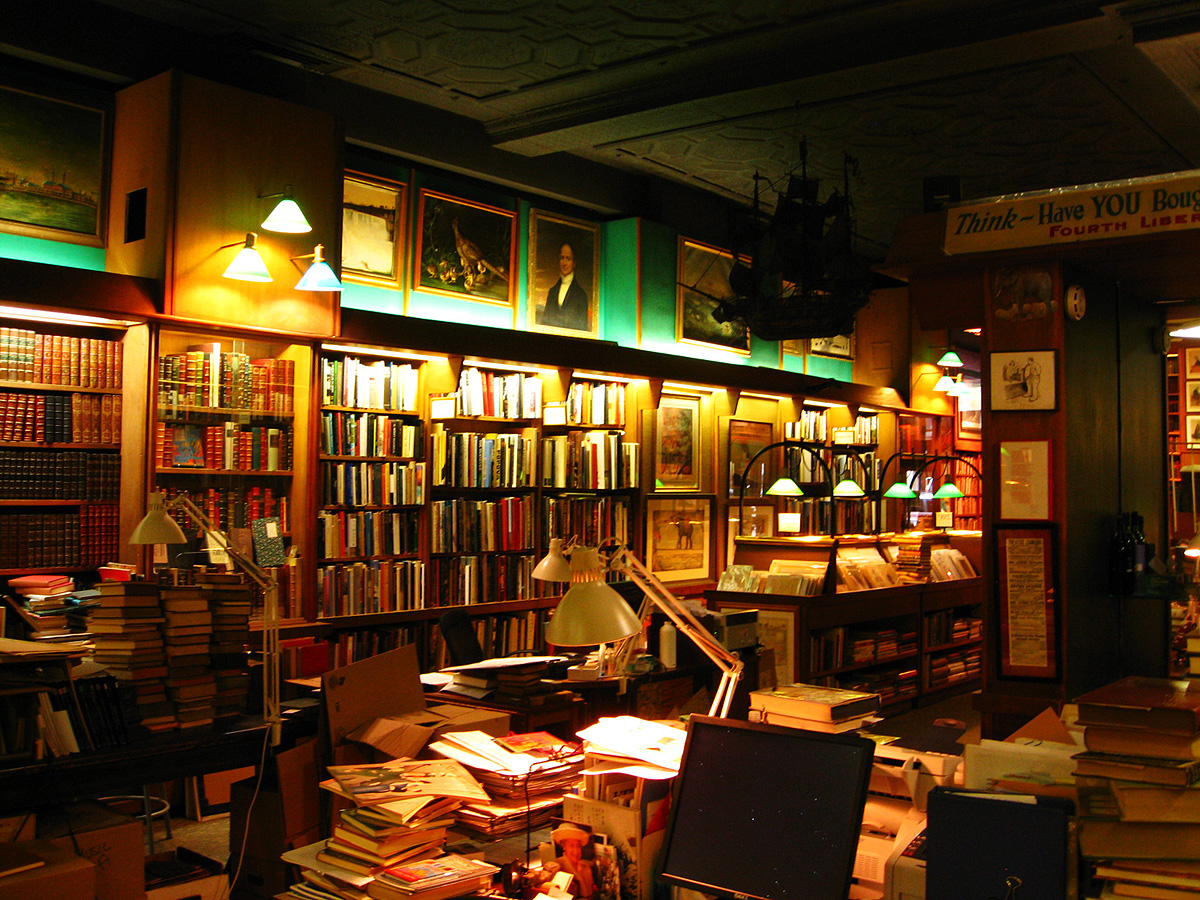 The first floor is all old and rare books, plus a fascinating selection of old maps, prints, sheet music, and so on, in a wide range of qualities and prices. I was tempted to pick up some botanical prints, which I always have a weakness for, but couldn’t really justify the acquisition (sigh). It all also made me wish I were any good at collages. 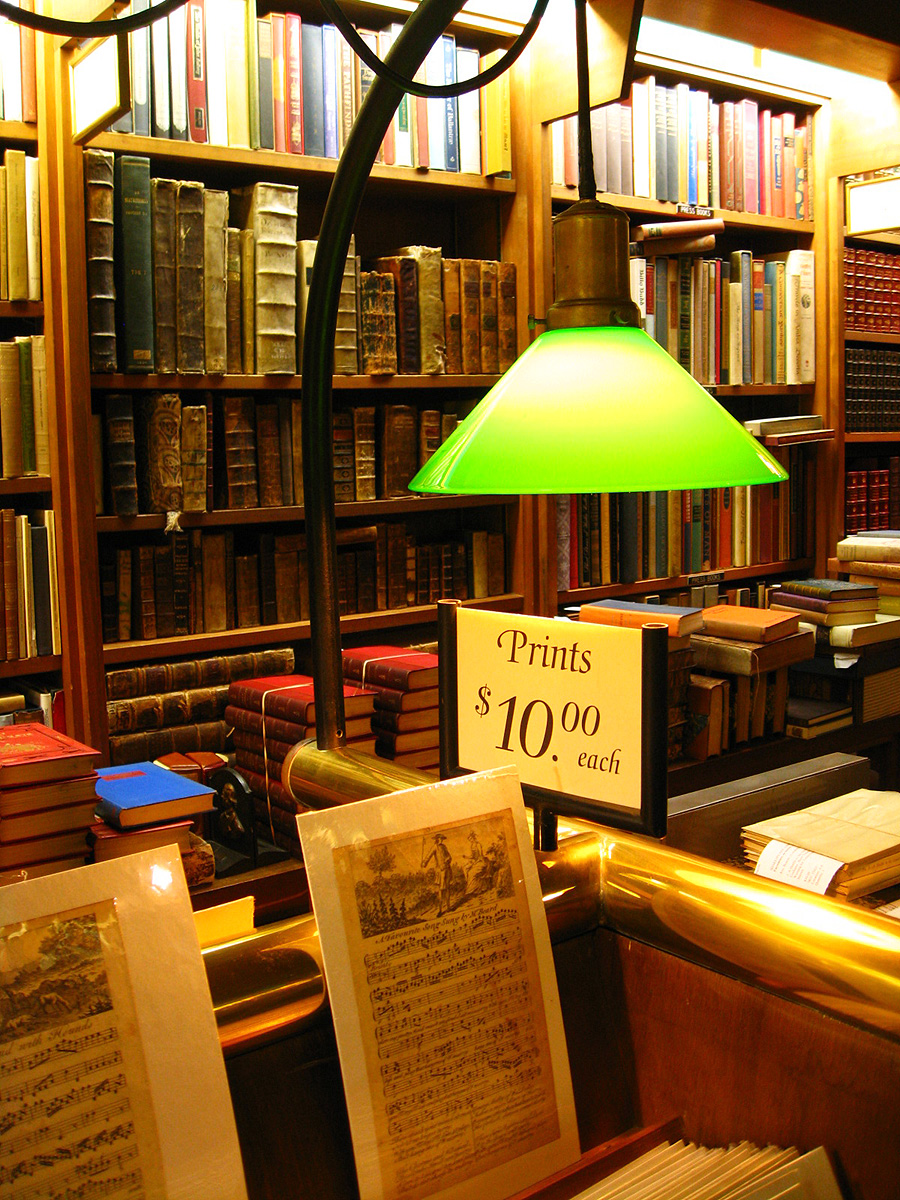 The above photo is from a glass case full of luxuriously rebound rare copies of classics. We checked out such interesting specimens as an edition of 20,000 Leagues Under the Sea (Kakaner’s a Verne addict) with hand-colored illustrations, an original Edmund-Dulac-illustrated edition of Hans Christian Andersen’s fairy tales, and some sort of small-press artist edition of Virginia Woolf’s Orlando, massive and slipcovered and filled with fold-out photographic illustrations. As you can imagine, these were all well over $1000.

Downstairs was the non-rare books section. I didn’t take a picture, but the contrast to the jewel-case of a first floor was stark and hilarious: the basement was the picture of pretty much every other crammed, fusty-smelling, poorly lit, and generally slightly manky used bookstore you’ve been in, although still better organized than the average. Also, they seem to take only hardcovers, which also puts them one step up from the average.

In our usual fashion, we went on a hunt for the sci-fi section, and after a somewhat confusing search located less than half a bookcase, mostly of Anne McCaffrey, at the back of one aisle. So, not much to really get excited about there. 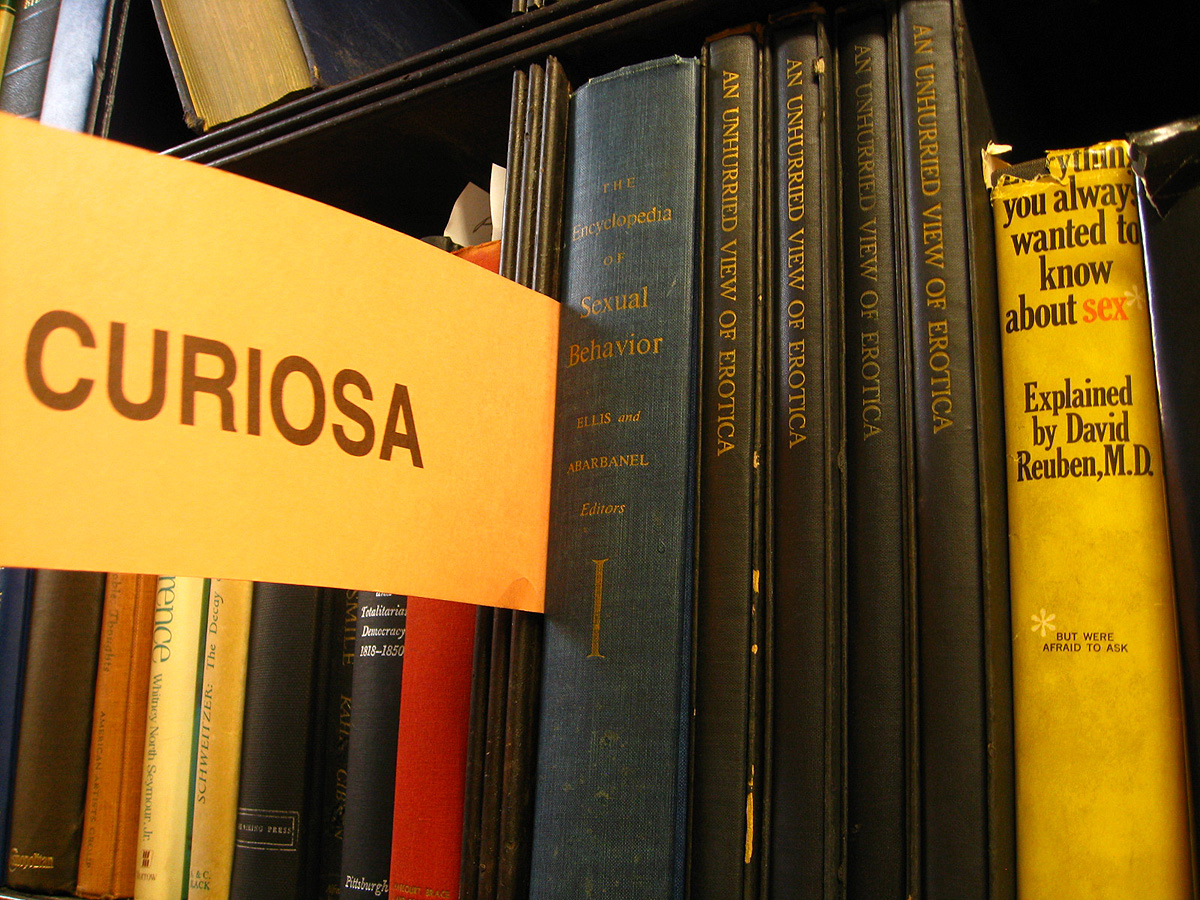 I was kind of amused that sexuality and gender went under “Curiosa.” 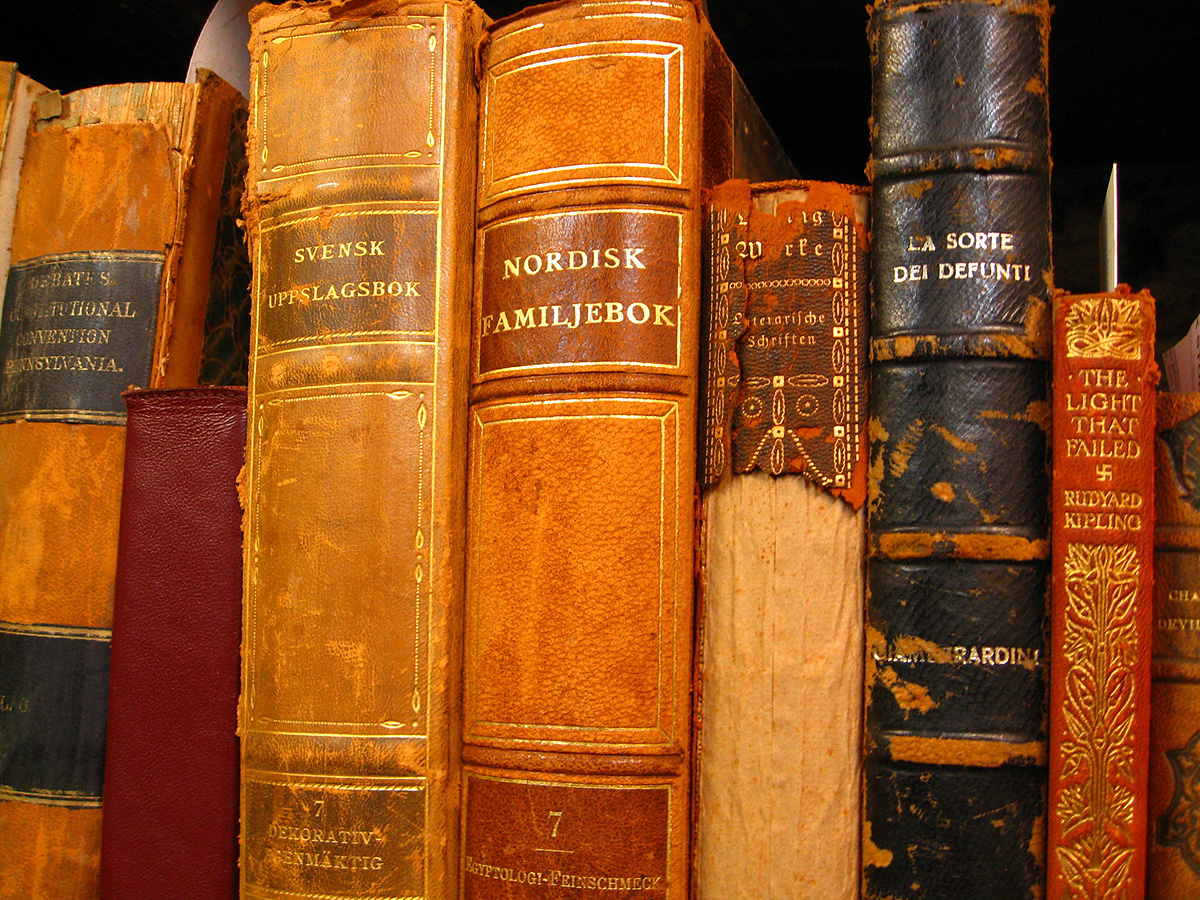 Gorgeously battered leather bindings, $10. A little reminder that basement presentation aside, it is one classy bookstore.

One thought on “Bookstores of New York: Argosy Books”