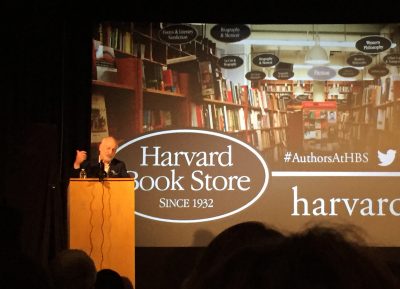 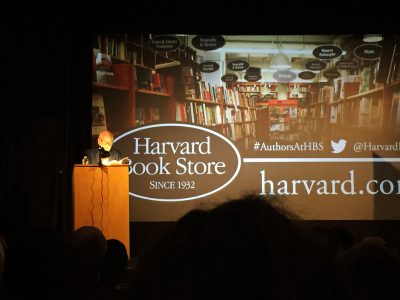 On conversations and perspective

“I can’t do plot! I like people who are stuck in a room together – not in the Jean-Paul Sartre manner – I hate Sartre – but they are in a café, or on a train, and having a conversation that interests me. Which is  – what is each person trying to say to the other that they cannot?”

Why do you think people react to the novel this way? “It is written in the first person, Elio’s perspective, and he is constantly reevaluating reality around him.” [Old French tradition of the analytical novel – Proustian tradition] “And it has no plot. It is about a boy desiring … another person. With some little bike rides thrown in.”

“I open a sentence and I let it go on, and I wish to god that you slip into it and you identify. You are trapped in that labyrinthine sentence and it becomes not my sentence, but your thought.”

[He’s thinking of writing from Elio’s mother’s perspective, in the first person.]

[He thought that Michael Stuhlbarg’s speech as Elio’s father excelled beyond what was in the book; this has been much discussed in various interviews, particularly the new implication that Elio’s father specifically desired another man.]

Did you write a sequel because of the film? “No, it has nothing to do with the film… I wrote a sequel because I finished the book too hastily. This is going to sound peevish, but the only thing the movie gave me was the father’s name, Samuel. In the book, he is just ‘Professor P.’ I hate facts! This is the same reason I called the town ‘B.'”

On finding that the ending exceeded his expectations: “…and then the credits come, and I thought oh my god, that means the movie’s over, and that means Elio and Oliver will never get together again!”

Why is Oliver a man? (A phrasing I’ve borrowed from Robert Tobin’s essay about Death in Venice, “Why Is Tadzio a Boy?”) “I started CMBYN as a novel about a house that Monet painted… There was going to be a boy and a girl at a beach… But that doesn’t interest me. I wanted there to be a wall between them… but I wanted there to be ties between them that go over and above the boundary.”

On fathers & sons: “It’s as if they pass on not only their phobias, but also their obsessions.”

“Do you like the meadow for what it is, or are you already imagining yourself walking in the meadow? … I want to get lost, but I know that at a certain point that will stop.”

“Music is not just a soundtrack for the book… Music is extratemporal. It hovers above the earth. Classical music causes you to become the best person you can be.”

He almost deleted the peach scene!!! He asked his editor what to do about it because he was embarrassed: “What if my sons read this?” 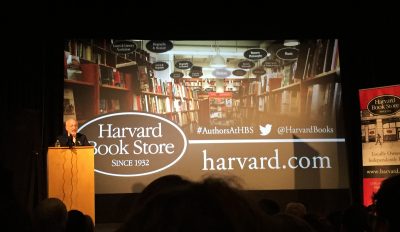