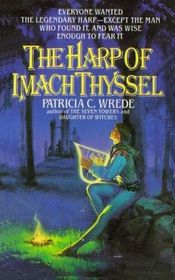 The kingdom of the Six Duchies is stricken with shock when its beloved king-in-waiting, Chivalry, is forced to acknowledge the existence of an illegitimate child. In the wake of his abdication, his bastard son, Fitz, is delivered to the castle at Buckkeep, where he is put into the care of his father’s grim stableman. Despised and half-forgotten, Fitz grows up among the castle’s hounds and horses, and in the streets of Buckkeep’s bustling seaport. Inevitably, though, he is drawn into the affairs and intrigue of the castle itself. Facing mounting unrest and the threat of invasion, King Shrewd seeks out new means of securing his power, and calls upon Fitz to serve the throne as an assassin.

When I picked up Assassin’s Apprentice, I’d been meaning to read Robin Hobb’s work for a Really Long Time – most recently because I’d been craving a return to epic fantasy, but also because I remember being fascinated by the covers of the Farseer Trilogy, of which this is the first book, in an airport bookstore at least ten years ago. Luckily, it met my expectations. Hobb’s prose isn’t particularly stylish or striking, but it clumps along solidly. She does have a particular talent for conveying the rhythms and concerns of everyday life, which is refreshingly grounding in a genre that’s often plagued by grandiosity. Her settings and characters are believable and absorbing (if not terribly complex, in the case of the latter), and the book keeps a meditative pace appropriate to a coming-of-age tale without dragging.

Overall, I found it a consistently enjoyable read, with the bonus – if you’re into that kind of thing – of boundless homosocial/homoerotic undertones*. There’s also a good dose of character-driven angst, and the promise of lots more to come. I will say that as a first book this isn’t a showstopper, thanks in large part to the tight circumscription of Fitz’s life in Buckkeep; I was actually undecided at the end as to whether I’d continue the series. (Hobb’s lackluster prose was the other major detractor.) But that promise of higher stakes in the future, along with my quickly growing love for many of the characters, kept me reading, and indeed, the plot and emotional payoffs in both the second and third books are immense. Basically, if you try the first book and like anything at all about it, stick with it, because all that momentum-gathering is worth it in the end.