A look at the life of Benjamin Button who was born old and died young.

I have never been a fan of F. Scott Fitzgerald, my only experience having been The Great Gatsby. I feel horrible saying that I didn’t enjoy it in the least bit, although it certainly stands to argue that if I revisited it now with a slightly more mature eye, I would probably quite like it. Being the incredibly anal purist I am, after learning about the upcoming release of The Curious Case of Benjamin Button in theaters, I headed over to my local BN to read the short story first. I wasn’t blown away by the story, but it was so quaint, indirectly emotional, and beautiful that I ended up spending $13 on the somewhat overpriced newest edition with full-color illustrations. 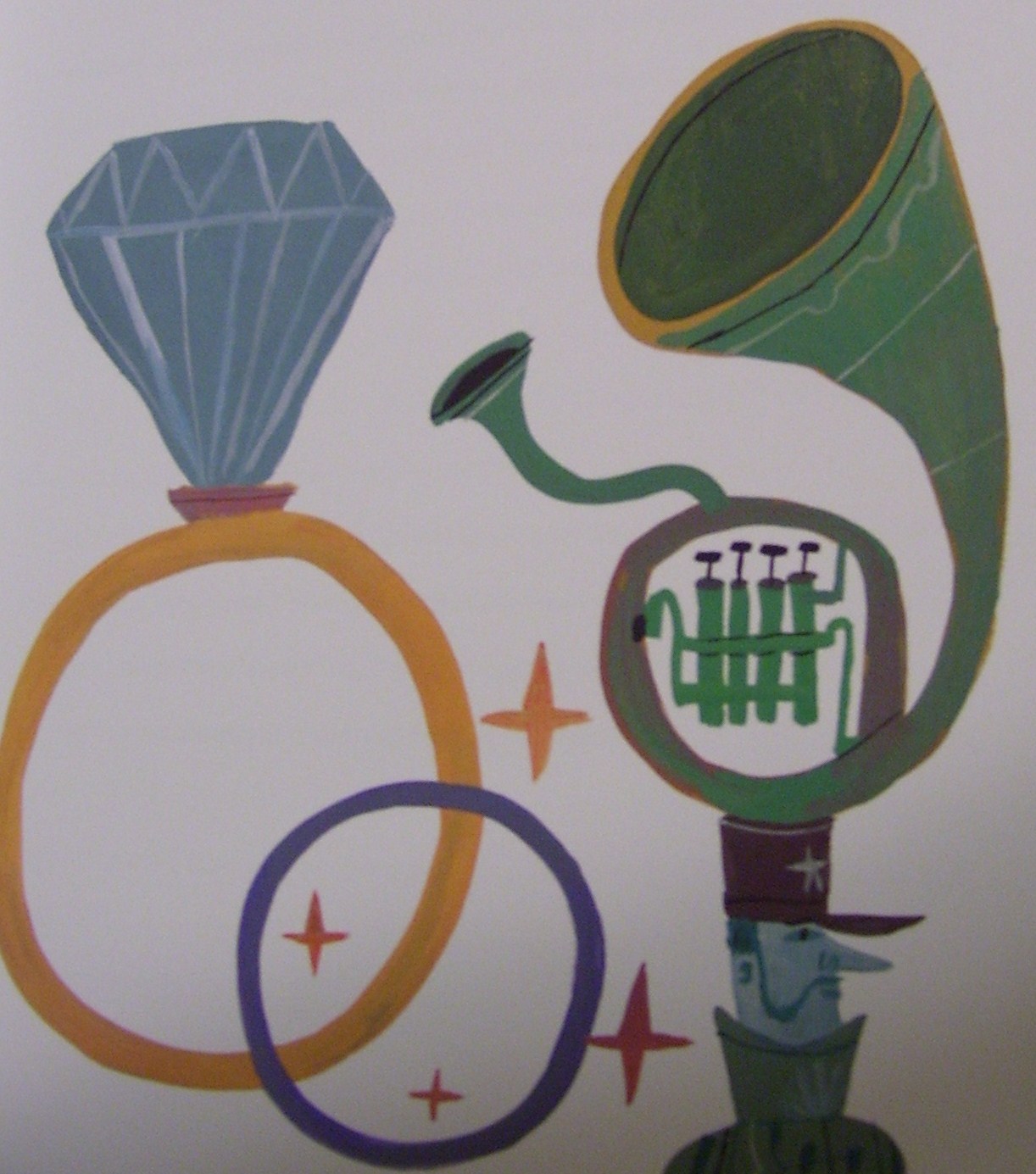 Interestingly, the story has a clear third-person narrator who seems to be very detached from the events, a disembodied voice to accomplish the task of storytelling. It was like he was telling the story purely in passing. Equal weight was given to all parts of the story– life-changing romances were treated the same as Benjamin enrolling in school or having a conversation with someone, kind of like a sequence of big rolling snapshots of life. 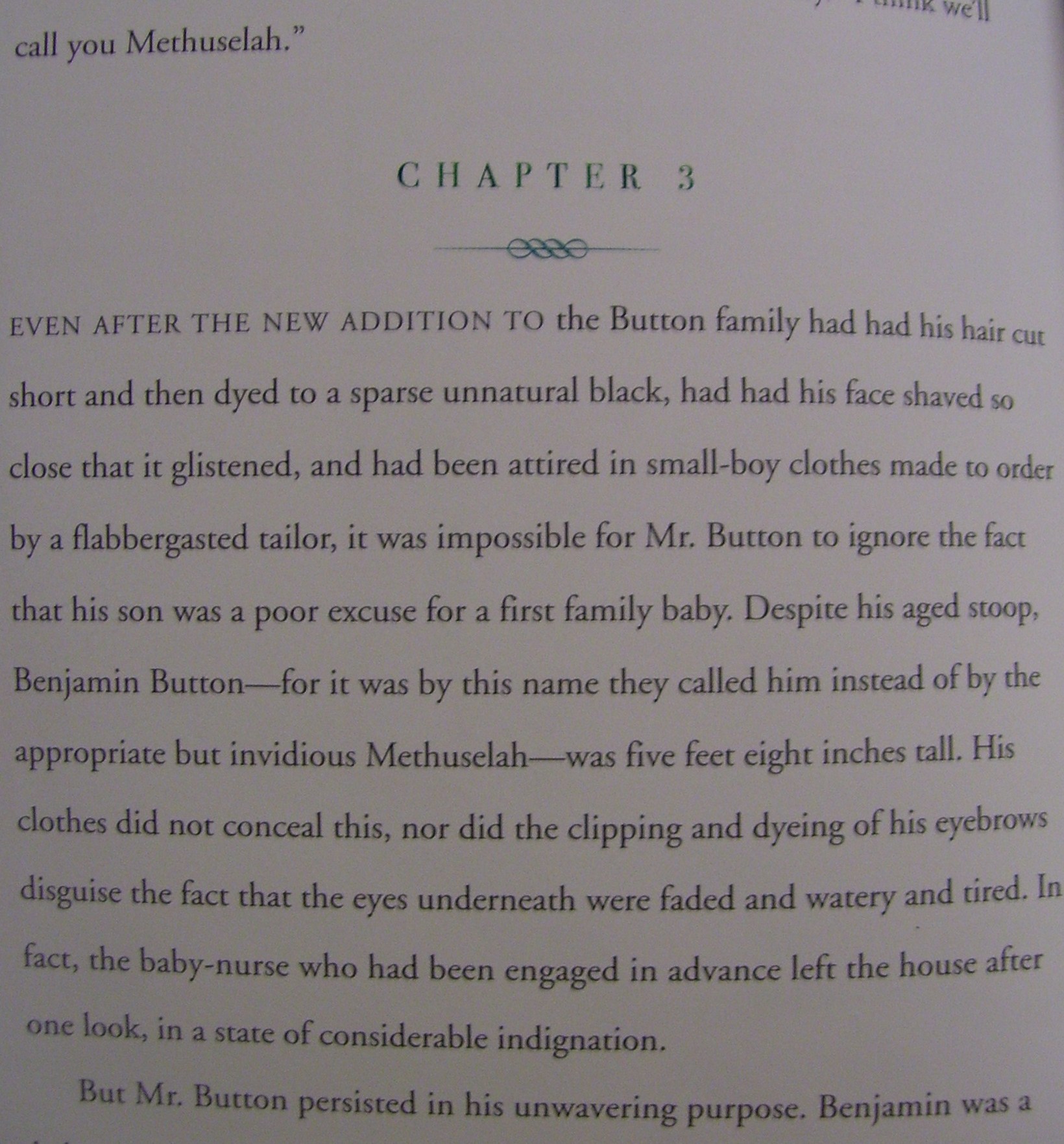 I thought the phenomenon itself was presented very intriguingly (yet implausibly) by Fitzgerald. Benjamin Button was born old *and* with the mind of a 70 yer old, meaning he could read and talk like upon coming into the world. As he grew younger, he didn’t suffer from dementia, but his intelligence simply deteriorated and he had to enroll in college, then high school, and so on. It did, however, fit very well with the mood and feel of the story and made everything all the more mysterious.

What struck me the most was the overall tone, a nonchalant, cynical, dry, but still heartwarming voice. The Benjamin in the story was not a particularly sympathetic creature in character– only in circumstance. It was a brutally realistic and thoughtful story.

On the other hand, the movie was, um, err, definitely an expansion. It tried to achieve this epic (3 EFFIN HOURS) sweeping effect by writing this huge involved attempt at a tearjerker. I’ll admit there were plenty of beautiful moments, but the movie just tried so hard that I came away feeling unfulfilled and covered in cheese. The Benjamin in the movie was entirely sympathetic and a victim of his circumstances, so different from the one of the story. In fact, I could even venture to say Fitzgerald’s Benjamin was a bit of a dickwad, born into wealth and never quite connected to reality. And that’s my little blurb about the film.