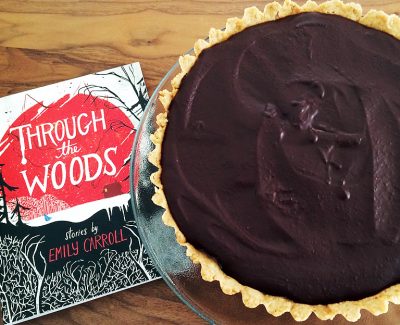 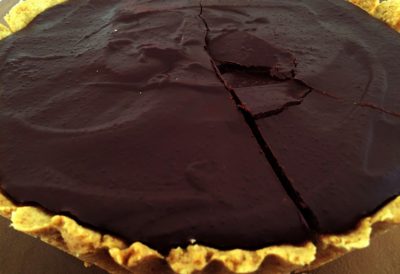 The surface cracks unexpectedly— a hard shell of tempered chocolate conceals the interior instead of the usual soft chocolate ganache filling. Inside is a well of color and flavor, a slightly bitter and acidic mixed berry compote, cloying in its thickness but not sweetness.

The mixture is chewy, with caramelized ginger and boiled citrus zest. The deep blue-red of the filling, the dark brown of chocolate, the brittle crust studded with pecans, all evoke the imagery of the forest and the evil secret buried beneath its floor. 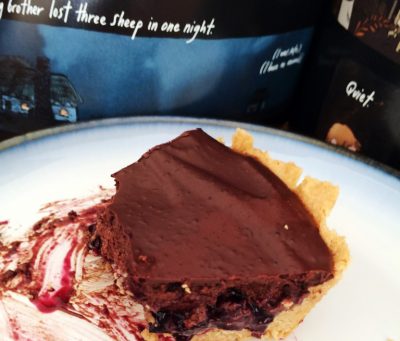 One thought on “Booklish #7: Through the Woods Tart”