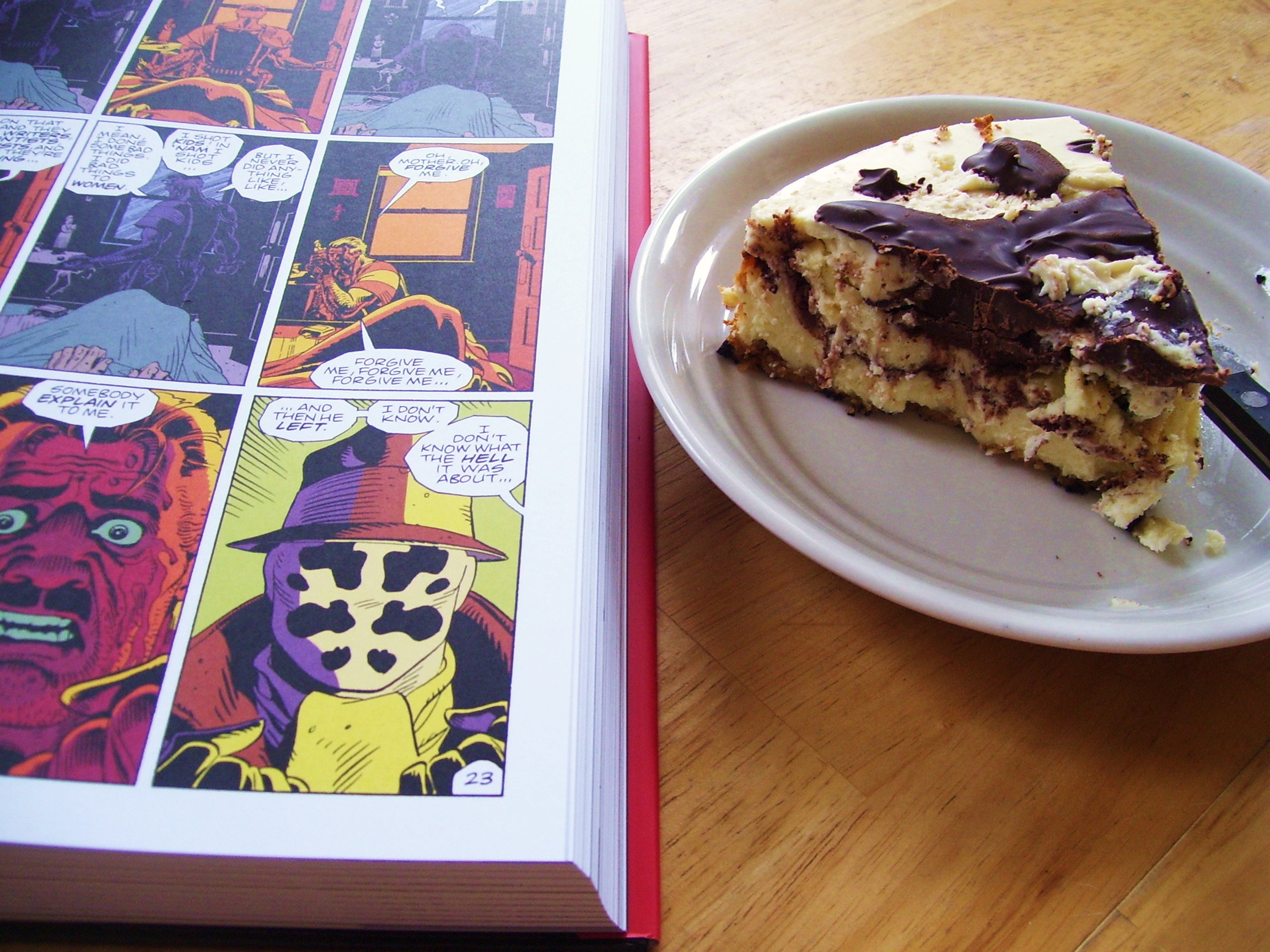 Featured here is a gnarly wrought-chocolate cheesecake to commemorate Alan Moore’s vengeful vigilante, Rorschach. Pardon the craftsmanship– Rorschach blots are definitely supposed to be more symmetrical, but with only a wooden spoon and various other home tools, this was the best I could manage. 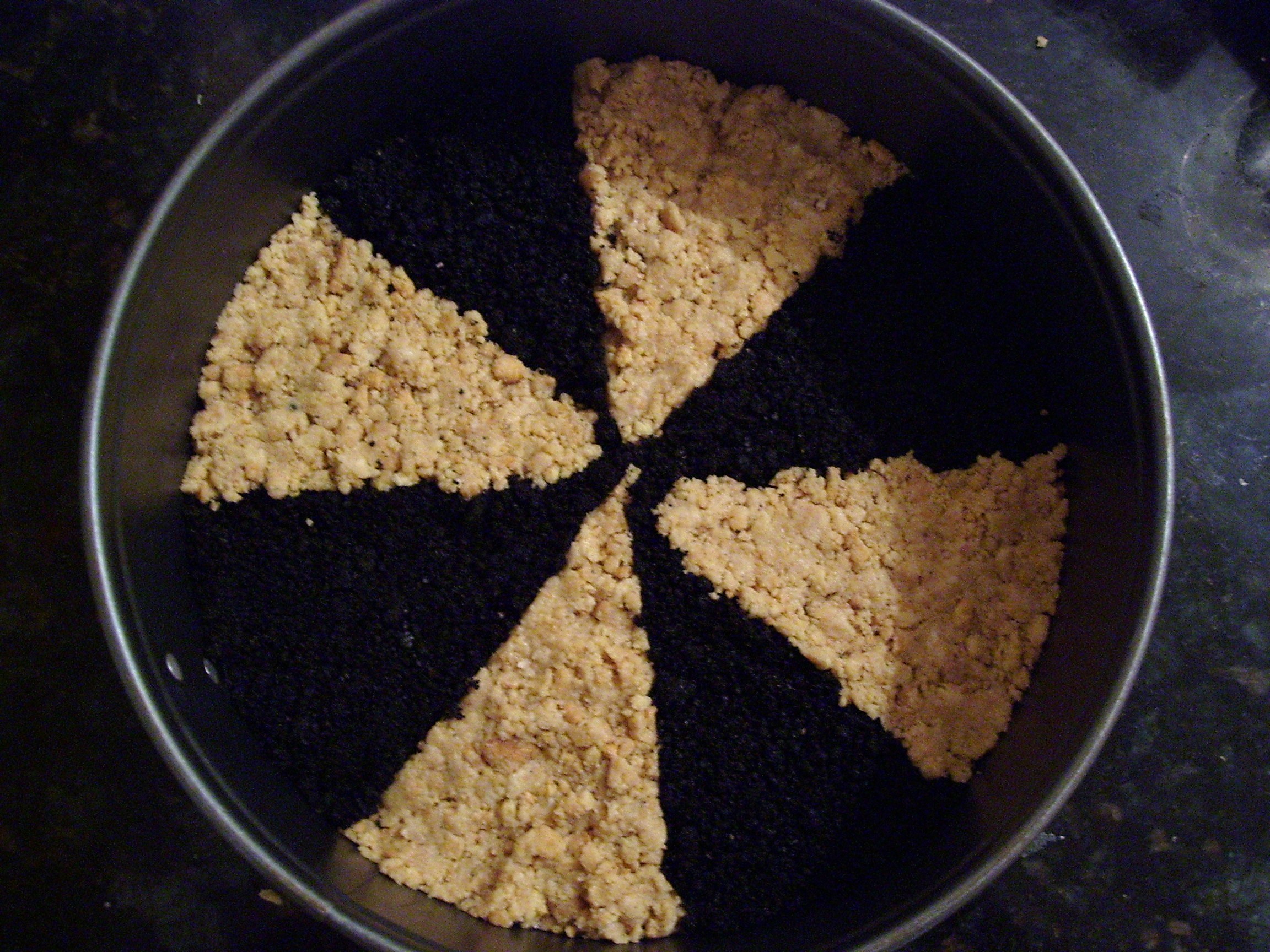 This creation is rather straightforward, but there are some subtle quirks. The crust of the cake is a pinwheel of alternating bitter paprika-infused Oreo and sensitively sweet Golden Oreo crust, a juxtaposition to highlight the black and white essence of Rorschach’s character. Gobs of dark ganache are dropped carefully into a standard vanilla cheesecake filling for the body so that the black and white do not swirl. Finally, a layer of solid white and dark chocolate mimics one of the ever changing Rorschach blots on his face. 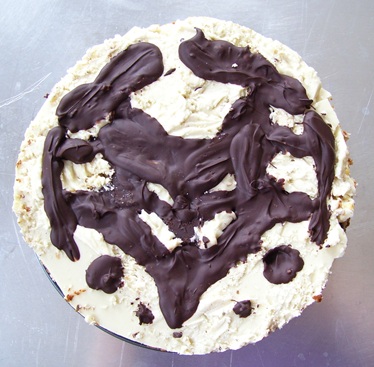 Rorschach is a dense, dark character who harbors a keen and intense obsession with justice. Hopefully the shock that comes with each bite of this cake– crunchy chocolate against smooth ganache, bitter and sweet vying for dominance– will be effectual reminders of Rorschach’s character.

One thought on “Booklish #3: Rorschach Cheesecake”